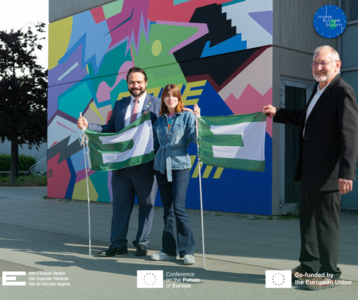 On 9 May 2022, the Union of European Federalists (UEF) unveiled a mural on the Future of Europe by urban artist Antonyo Marest in the heart of the Esplanade campus of the University of Strasbourg. The artwork was painted in the framework of UEF’s project “MAKE EUROPE BLOOM: the Time is Now!”. The creation of the mural was part of the Strasbourg Summit programme, which brought together all the actors of European civil society from 5 to 8 May, as well as of the Lieu d’Europe project of the City of Strasbourg.

MAKE EUROPE BLOOM: The Time Is Now! is a project organised by the Union of European Federalists (UEF) and funded by the European Parliament. This project aims at raising awareness on the importance of the Conference on the Future of Europe (CoFoE) and its results presented on 9 May 2022.

Officially launched on Europe Day 2021, MAKE EUROPE BLOOM: The Time Is Now! carries out activities in different European cities. The first mural in Valencia, Spain, completed in July 2021, marked the start of this project, expected to last until June 2022. After Strasbourg, the next mural will be delivered at the end of May in Tartu, Estonia.

In addition, building on President of the European Commission Ursula von der Leyen’s 2020 State of the Union speech, this project also contributes to setting up the New European Bauhaus, a cultural and green architectural project, by mirroring citizens’ feelings on Europe through art. In order to meet this innovative approach, the UEF is counting on renowned urban artists to help us make Europe bloom with their art.

The creative process drew from the will of citizens. Before the production, UEF and the city of Strasbourg distributed an online survey among citizens, NGOs, and various local organisations. Antonyo Marest and his team created the mural from its results, which was then carried out. 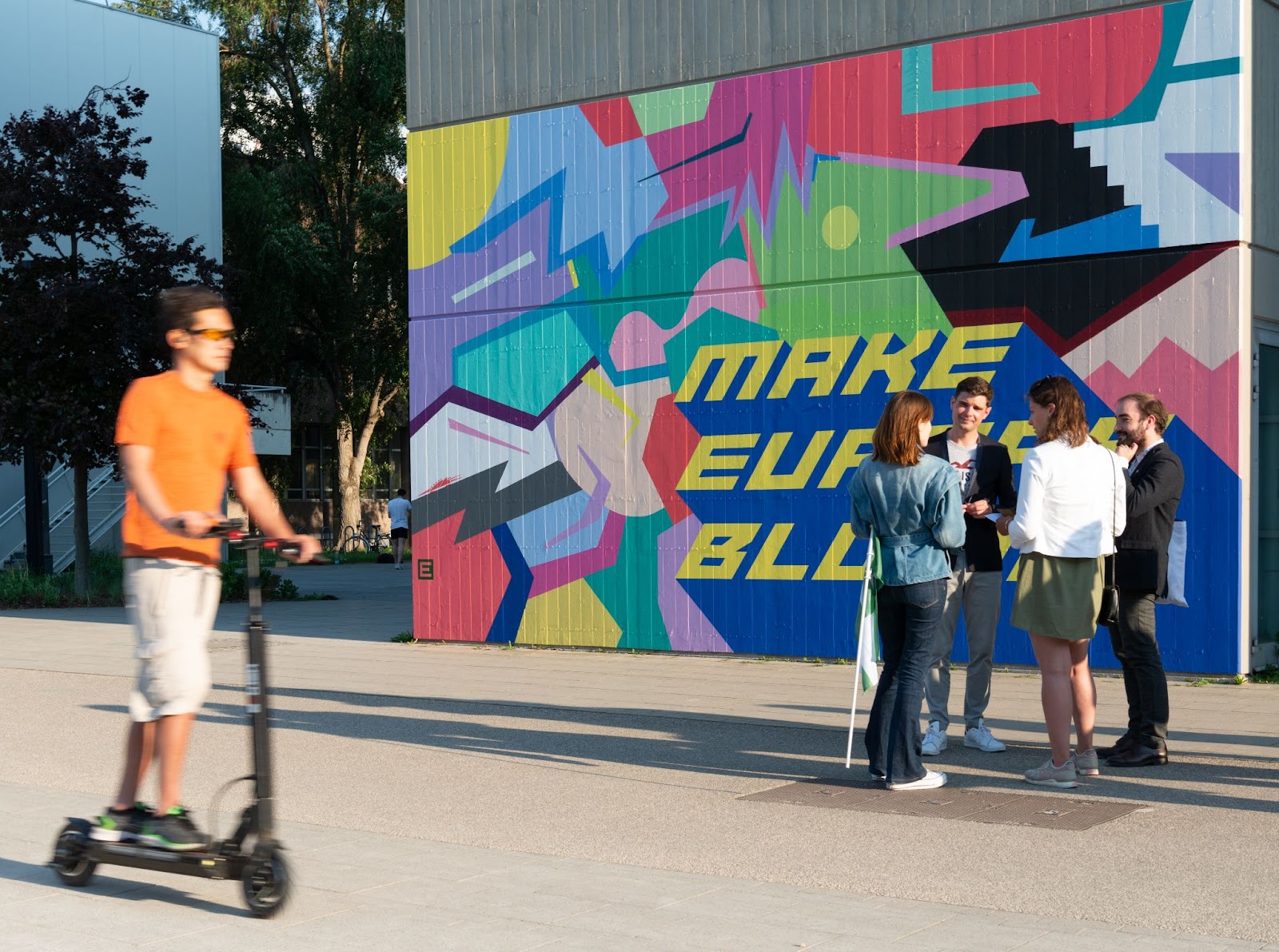 The mural in Strasbourg consists of two side-by-side frescoes that interact with each other. Its creation on Strasbourg’s university campus makes it an excellent channel for communication and reflection for students and citizens.

On the left mural, the slogan 'Make Europe Bloom' can be seen in the bottom right-hand corner, the name of the project. Its font and colour scheme recalls the colours of the European flag, translating a symbol into a call to action.

On the right fresco, symbolism takes precedence over words, where two stars, one emerging and one being born, are incorporated into the scene to become part of the larger symbol that represents freedom, unity, and strength of free countries, alongside the flag of the European Union.

The artist is aware of the current situation in Ukraine and of its urgency. Identity symbols characterised by graphic icons such as the scales, laurel, bridges or clasping hands, chosen by the people who took part in the survey, have lost their meaning and have been decontextualised in their figuration. It plants the vibrant return of the notion and essence of Europe.

With these frescoes, artist Antonyo Marest has chosen to synthesise as much as possible the diversity and differences between our countries, as well as those that are found in each of us as complementary members of a complex society. Beyond shapes and colours, this singularity fits perfectly into a social map where no State can exercise a hegemony of criteria of size, strength, or intensity. It is a composition that, as a social map, shows us the maximum exponent of our rights, the greatest of virtues, the capacity for integration and growth.

The establishment of equality between citizens and Member States makes our society more democratic, fairer, more progressive and, above all, it creates a reference for the future to attract new countries to the path towards a better future. 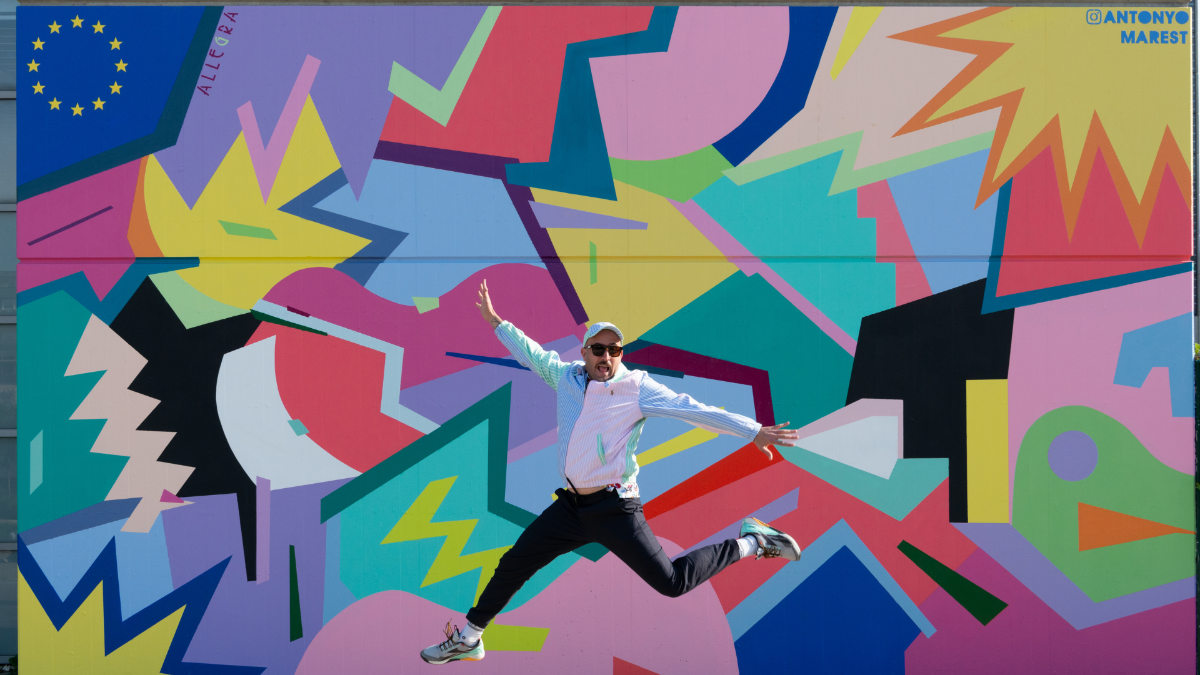 PRESENTATION OF THE MURAL BY THE ARTIST