International » Dachverband: UEF » THE TIME IS NOW - Your newsletter on CoFoE - ISSUE Nº 13

“We want the CoFoE to open up a new phase, a phase of participation, but also of change. To change the rules, because we have seen in this year and a half that there cannot be taboos. European democracy must be more efficient and effective.” 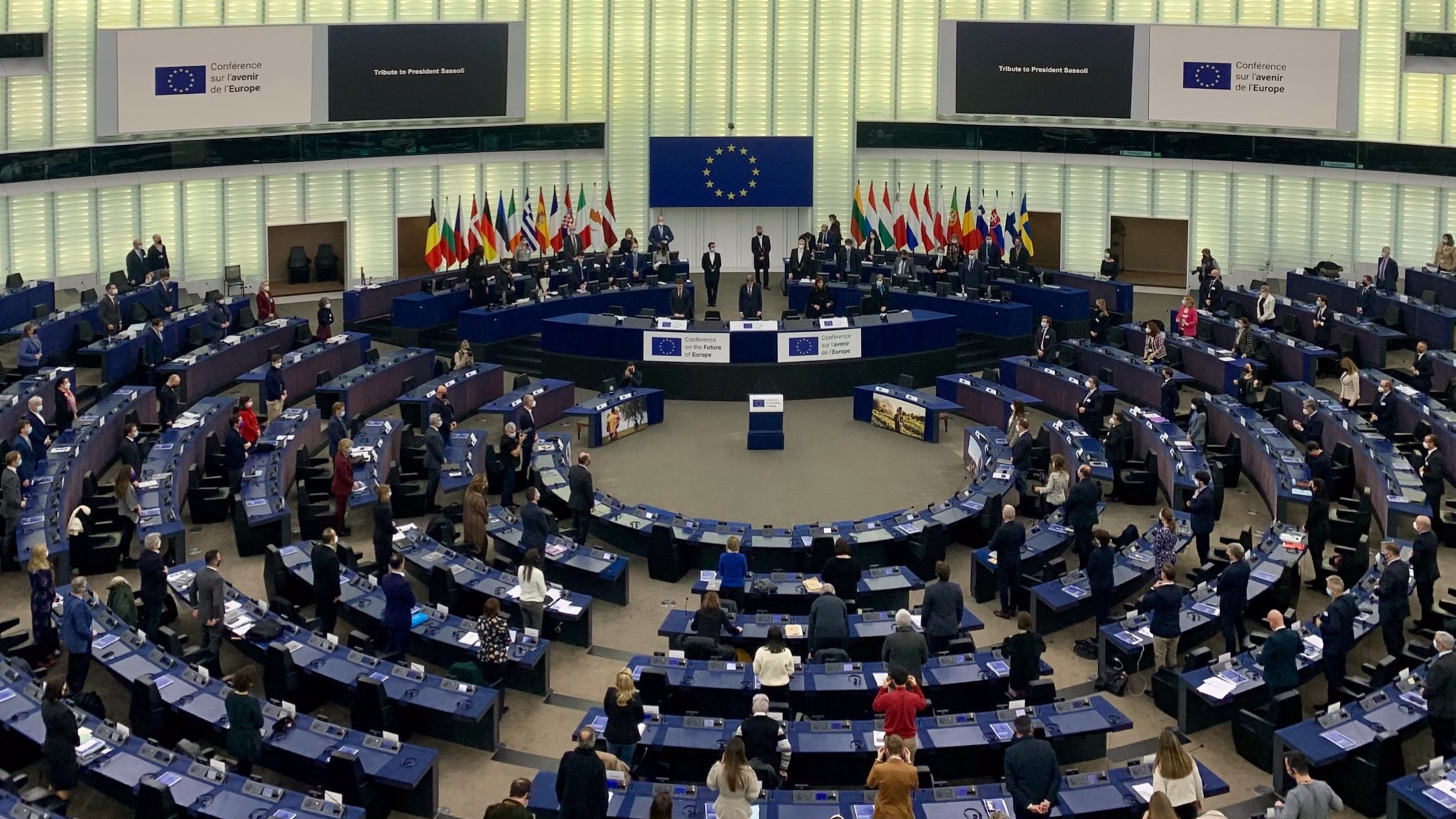 Citizens proposed ways to improve health, fight climate change and protect the environment at a forum held in Warsaw on 7-9 January.

As part of the Conference on the Future of Europe, Warsaw hosted some 200 Europeans on 7-9 January 2022, who came for the third and final session of the European citizens’ panel dedicated to climate change, environment and health. Due to the current Covid-19 situation, some panel members joined remotely.

Participants voted on 64 recommendations: 51 were approved, while 13 did not reach the required 70% support threshold.

Read the full list of approved recommendations of this panel.

The proposal to establish transnational lists for the elections to the European Parliament, divided this Wednesday the MEPs who analyzed the citizen recommendations of the CoFoE.

The citizens set in their conclusions the desire for an election to the Parliament, where voters could vote for different parties of European level, including candidates from several Member States.

Guy Verhofstadt, saw behind this point a demand to implement transnational lists. However, the EPP MEP Paulo Rangel accused Verhofstadt of carrying out "an abusive interpretation" of the citizen recommendations, since, according to him, the conclusions of the CoFoE do not explicitly mention the pan-European lists.

On the other hand, Renew, Greens and Social Democrats were in favor of moving towards the pan-European lists and, in addition, UEF Vice-President and S&D MEP Domènec Ruiz Devesa also valued very positively the proposal to reopen the debate on the European Constitution, set in the conclusions of the CoFoE citizen panels.

This EPRS publication seeks to put into context and offer insights on 10 key issues and policy areas that have the potential to feature prominently in public debate and on the political agenda of the European Union in 2022. Issue number 8 talks about the outcomes of the CoFoE.

If Treaty change is not on the horizon in the short term, then a scenario of 'soft' reforms could be considered, whereby some changes could be introduced by leveraging the full potential of the current Treaties.

This would mean exploring the unused potential of the Treaties in several fields, from overcoming unanimity through qualified majority voting, using passerelle clauses to strengthen the EU dimension of European elections, or improving decision-making on the common foreign and security policy. In this respect, Parliament has already contributed in 2017 with a resolution offering a useful starting point, proposing for instance to limit the intergovernmental approach, make more frequent use of its own right of legislative initiative, reduce the number of Council configurations, and transform Council into a genuine legislative chamber. A mechanism to follow up on the conference's conclusions is also a possibility, in order to bring in 'soft' reforms.

One possible innovation is the introduction of a permanent participatory mechanism to involve citizens in EU decision-making beyond the traditional electoral period.

The recommendations of the European Citizens' Panels will be presented and discussed at the Conference Plenary, where the Conference's final proposals will continue to be shaped.

The next Conference Plenary is set to take place on 21-22 January in Strasbourg. In the meantime, the Plenary Working Groups met on Friday 17 December in remote format to continue their preparatory work. Citizens across Europe can also continue to take part in the Conference through the Multilingual Digital Platform.

The remaining European Citizens' Panels will also be adopting their recommendations in the near future, in the following areas: