Die Union Europäischer Föderalisten, Dachverband der Europa-Union Deutschland, und ihr Präsident Elmar Brok, Vorsitzender des Auswärtigen Ausschusses im Europäischen Parlament, erklärten am Mittwochmorgen zur Krise in und um Griechenland: „The results of the referendum in Greece last Sunday and the expiry of the financial assistance package to the country are raising serious doubts on whether Greece will be able to remain part of the Eurozone. These doubts must be dispelled as soon as possible, before Europe heads to a lose-lose end game. An exit of Greece from the Eurozone would waste years of sacrifices by the Greeks people, sweep away the value of their savings and properties, cut the country off financial and trade markets. It would lead to a long-lasting future of economic misery for the Greek people. 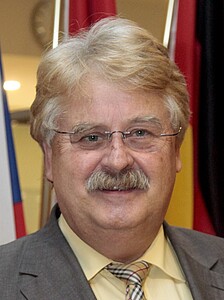 At the same time, if the Eurozone loses one of its members, financial markets would question whether the Euro really is irreversible, partners and rivals across the world would doubt whether the Europeans are actually able to stand together in stormy times, and many citizens across Europe would lose faith in the European Union as a project of unity and solidarity.

Elmar Brok, MEP, Chairman of the Foreign Affairs Committee in the European Parliament and President of the Union of European Federalists, stated today: “The Greek government should recognise the longstanding solidarity of the other 18 Euro-countries. It should also accept that membership of a monetary union implies limits to national sovereignty and demands responsibility and respect of agreed rules. Any new financial assistance package to Greece – which is guaranteed or financed by other Member States – must inevitably be conditional upon Greece undertaking structural reforms that make its public finances sustainable and its economy competitive for the long-run. While the last round of discussions focused mainly on cuts in public spending, greater attention should be paid to the fight against corruption, privileges and tax evasion, the reform of the public administration and the judicial system, and the creation of a regulatory and business environment that facilitates domestic and foreign investments”.

On the other hand, if Greece progresses seriously in implementing agreed structural reforms, it should be rewarded with greater support for investments that boost growth (including through European-led projects) and serious consideration should be given to the sustainability of the Greek debt.

Mr Brok added “Today there is more at stake than the future of Greece. The crisis in Greece is an alarm bell on the need to accelerate the strengthening of the economic and monetary union and its governance. Economic imbalances are inevitable in any country, be it a centralized or a federal state, and any currency union. Mature currency unions have all the powers, tools and financial resources to limit such economic imbalances and eventually manage the insolvency of a region or a Member State when it occurs. The Eurozone does not have yet all necessary powers, tools and resources and finds itself exposed to the fragility of its weakest economies. Member States should fast track the reform of the Eurozone into a fully-fledged economic and political union.”

The report “Completing Europe's Economic and Monetary Union” recently presented by the Presidents of the European Commission, European Central Bank, European Council, Eurogroup and European Parliament identifies the right challenges, but the most ambitious reforms are left vague or delayed to a very distant future that may never come. The crisis with Greece should lead the EU and Eurozone institutions and Member States to accelerate the implementation of the recommendations in the report. Priorities are the completion of the Banking Union, the implementation of a Capital Markets Union, the creation of a Eurozone budget with sufficient resources to play a role in smoothing economic imbalances and investing in projects of European interest, greater powers for the Eurozone institutions to enforce their recommendations and reward compliance with adequate incentives. The European Commission should start proposing legislation as soon as possible to implement those recommendations that don’t require changes to the EU treaties. At the same time Member States should see reform of the treaties as an opportunity and not as a threat.

Democracy must be at the core of any strengthening of the Eurozone. The Greece debate is placing national public opinions one against the other, national democracies one against the other. More and more citizens in both creditor and debtor countries fear that national democracy and European integration are in contradiction. More European democracy is required in the process and in the outcome of any reform of the Eurozone governance. The negotiation of a new deal with Greece would be much easier if it were led by the European Commission, looking at the interest of the Eurozone and the European Union as a whole, backed by public debate in the European Parliament, rather than by a Eurogroup consisting of national finance ministers rightly preoccupied with their national constituencies. Likewise any reform of the Eurozone would increase its legitimacy and effectiveness if it moved the governance of the Eurozone away from intergovernmental negotiations towards a system of democratic government with the European Commission and the European Parliament at its core.“